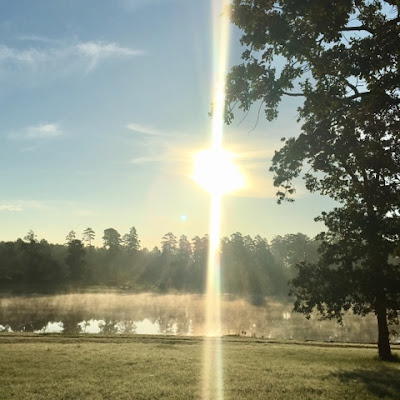 I came across this trail race and I wanted to sign up right away. I've been dealing with this RA flare and other health issues and wasn't sure it was a great idea, but I really needed to get out there. And the trails have a way of clearing my head and healing my heart! So I signed up. And I decided going into this race that it was just going to be for fun! 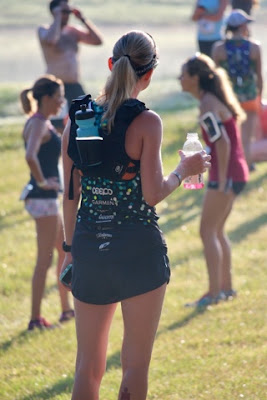 I chose to do the 11.5k race. I haven't been running much or running far. I broke my foot in November. I took off 6 weeks completely from everything. I took off running for 10 weeks and then had to start back super slow. I went to months of  PT! And I was in the heart of Ironman training. My longest training run before my full Ironman was 10 miles!! And let me tell you the marathon in the Ironman hurt!! But I did it!! And then there was that recovery. And so I am finally after many months running without pain!!
Race morning I headed out early. It was a little over an hour drive. It was a gorgeous morning! But temps and humidity were on the rise! The venue was gorgeous. Apparently it is private property that they open up to Xterra every year for their off road triathlon and trail race.The course was absolutely beautiful! It was a single track trail and very hilly compared to what I am used to running. I'm lucky to push 100ft  close to home. 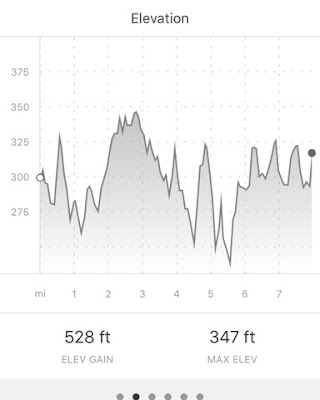 But it was really pretty! And the race was very well organized! The course was well marked. The race handled the extreme temperatures by having aid stations set up every mile. And at the end there were ice cold towels and cold water and cold Gatorade! I was very impressed!
When we started I was in a group of girls for about 2 miles. I kept reminding myself to run my own race and not get caught up in the start. I know typically there are many who start too fast and I didn't want to get wrapped up in that. And one by one the girls started falling back. And I started catching up with the half marathoners who went out ahead of us. And I was getting hopeful, but I couldn't really believe it either. I actually started to worry I was off course. Lol!There were some rolling hills that were so close together I tried leaping them rather than going up and down but that didn't work out so well. Haha. And there some parts of the course where you left the forest and were out in the open and let me tell you that sun was blazing! And while I wasn't pushing really hard, the conditions had my heart rate in the red zone from start to finish! 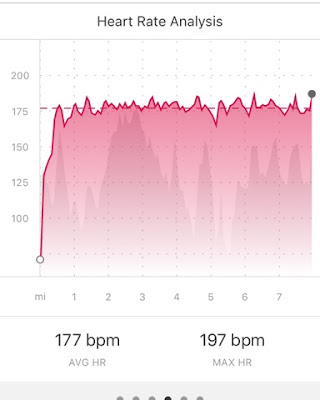 My watch was showing I was nearing the 7 mile mark which should be near the end. But as I passed the aid station the guy called out 1 more mile!! Ok I think I can, I think I can! And that last mile was no joke. I literally came to a hill and stopped and looked at it before I even climbed it! Ha! And then when I saw the finish line I tried to pick up the pace but it was all uphill! I pushed up and crossed!! My watch had the course at 8 miles. I checked right away and I was told I was the 1st in my age group and  3rd overall female! I couldn't believe it!! I podiumed!! Woohoo!! 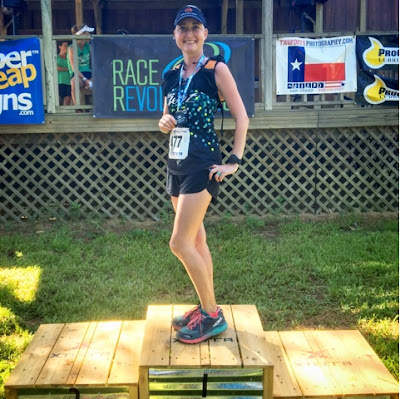 Going out there without expectations or pressure was amazing! I had a blast and I did remarkably well!! I started all this with trail running and I am so happy to be back at it!! Looking forward to beginning training for Rocky Raccoon 50 Miles!!
Posted by Iron Will Iron Jill at 2:37 PM