When is Enough Enough?

"She stood in the storm, and when the winds didn't blow her way, she adjusted her sails." Or rather she tightened her pony tail and adjusted her game plan. 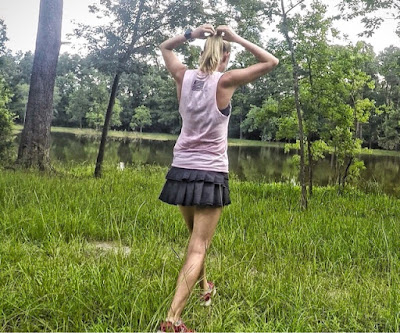 5 weeks PostOp and rather than one more week of recovery the doctor said I need to wait three more weeks. When he did the exam I had some adhesions he had to pull apart (ouch) and I still have quite a bit of my stitches that have not yet healed.
It also seems my tummy is having issues bouncing back from surgery. It swells up to as big as I was four months pregnant. I was given an antibiotic at my two week appointment and I need to take probiotics and hopefully it will resolve within a couple of weeks.
It wasn't what I wanted to hear but everything happens for a reason. And I would find out that reason all too soon.... 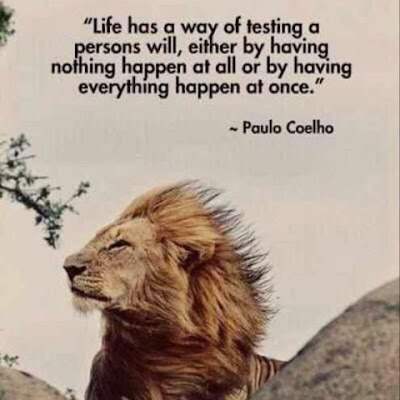 Not doing much while recovering from the hysterectomy, my hip and knee have still been bothering me from Ironman 70.3 TX. So I went to the orthopedist. I should have gone sooner, but I thought the rest post hysterectomy would do the trick. Two things are going on. I have ITB syndrome which is super frustrating but wasn't a huge surprise. It also turns out I had a hip fracture at some point (likely from one of my falls) that is giving me trouble. And it has healed abnormally. And it could possibly have caused a labrum tear. The treatment is physical therapy and dry needling for now. If it doesn't improve or gets worse with PT we'll look further into a tear.
In just the last 3 years I've had 4 stress fractures, a shattered collarbone and adhesive capsulitis in my shoulder, a uterus that fell out, 5 surgeries, and been diagnosed with RA and a slew of other autoimmune issues.
Sometimes I ask myself when is enough enough. When is it time to just call it quits?
The answer is NEVER! As broken and weak as I feel right now, I know my WILL won't be broken. I'm a fighter. Sometimes the fight gets a little exhausting, but I just need to take a deep breath and jump back into the ring. 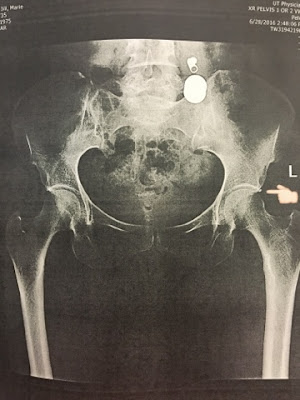 Posted by Iron Will Iron Jill at 5:10 PM