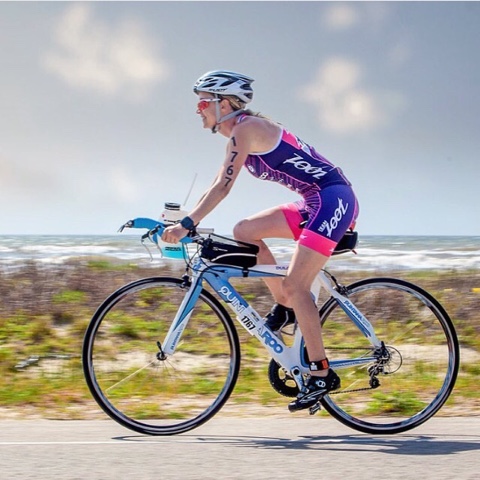 "Get. Back. Up. You are going to have falls whether mental, physical, metaphorical, or literal. If you want it, fight for it. Never. Give. Up." - me 😜

Photo Credit for above photo goes to Scott Flathouse. He is not just a photographer but an artist and a genius! Heck to make me look that good on the bike he's a freaking magician! 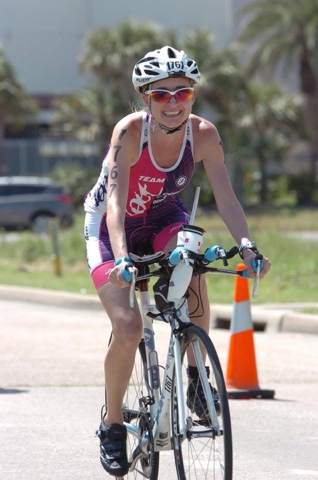 Ah my old nemesis the bike how you have hurt me and attempted to steal my confidence. I won and I will keep on winning. I got out there and had the best ride I have ever had! I mounted without a hitch and started off taking it easy. The winds were challenging going out. There was what looked like a bike accident and part of the course had to go around the ambulance and fire truck. I was anxious going around it. But at the same time one of my Strike Force Teammates, Luke, passed by with words of encouragement. So I got around it and just kept heading out against the wind. I wasn't pushing hard. I was just playing it safe. I was mostly worried about making the turnaround at the midpoint because it was two sharp left turns without a lot of room. But when I got there and I did it, I screamed out in joy like a crazy woman! This gave me a burst of confidence and I really enjoyed the ride after that! 28 more miles to go and I ran out of fluids. But I did not want to risk stopping to refill. I knew I would pay the price for that on the run. 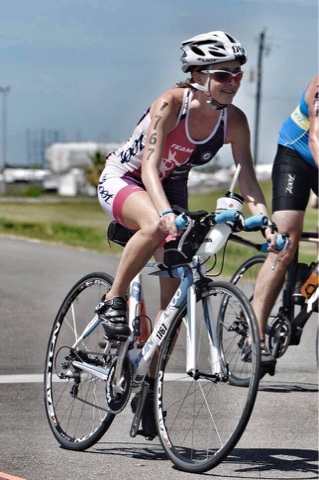 The rest of the ride was just about perfect!! I had some crosswinds that shook me a few times but it was much better than the wind going out. I kept getting choked up thinking I was going to do this!! But I also knew anything could happen and things could change in an instant.
When I dismounted I burst into tears of relief and pride for making it! I never got in aero, I never changed gears, I never refilled my fluids (😁), my elbow, wrist, and hand hurt, but I DID NOT FALL!! I did not give up!! 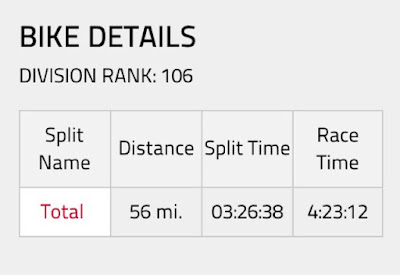 Posted by Iron Will Iron Jill at 1:22 PM